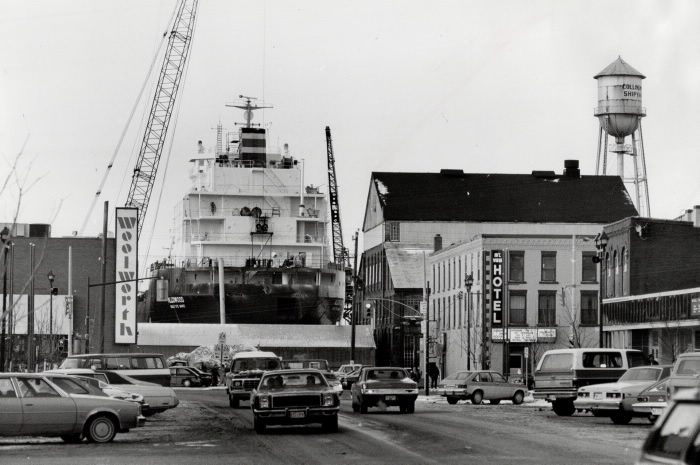 While 9,000 years ago hunters and gatherers originally inhabited the area, in more modern times it was the Iroquoian Petun Nation, which built a string of villages in the vicinity of the nearby Niagara Escarpment.

European settlers and freed Black slaves arrived in the early 1800s, bringing a new footprint with their religion and culture to the area.

By 1843 settlers were located on the shores of Georgian Bay and in 1846 a saw mill and flour mill were erected near the mouth of the Pretty River on the east side encouraging more growth to the area. Settlers previously had to carry stacks of wheat and grain on their backs and in their wagons almost 40 miles to Barrie for grinding.

Known previously as Hurontario Mills, and as Hens and Chickens Harbour (after the one large and four small islands in the Bay), it was renamed in 1854 in honour of Admiral Lord Cuthbert Collingwood.

Collingwood was a distinguished British naval officer, second in command to Admiral Horatio Nelson. He was a hero at the Battle of Trafalgar, and assumed command of the British fleet after Nelson’s death.

In 1855, the Ontario, Simcoe & Huron (later called The Northern) Railway came into Collingwood, and the harbour became the shipment point for goods destined for the upper Great Lakes ports of Chicago and Port Arthur-Fort William (now Thunder Bay). Shipping produced a need for ship repairs, so it was not long before an organized shipbuilding business was created.

Collingwood was incorporated on January 1, 1858, nine years before confederation.

In September of 1986 competition and overcapacity in shipbuilding led to the end of shipbuilding in Collingwood.

By 1983, additional manufacturing companies locating in the town made Collingwood the largest industrial employer in the region.

Today, Collingwood is a very different place where tourism and recreation has emerged as the primary focus and employment base.

Collingwood continues to build upon its rich history and its residents and business owners look to the future while respecting on the footprints of those who walked here in the past.

For an interesting read celebrating 150 years of Collingwood's History, 1858 – 2008, you can purchase Butchers, Bakers, Building the Lakers. 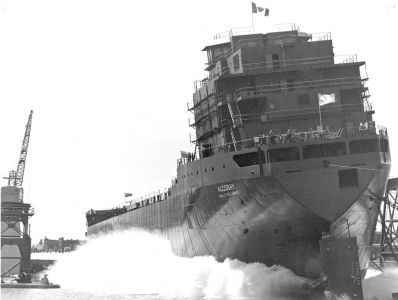